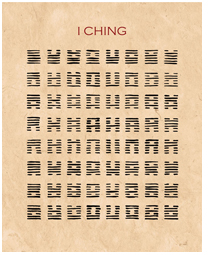 Bagua and the Circle of Life

Bagua Zhuang is on of the three internal styles

Bagua Zhang is translated from Chinese as the Eight Trigram Palm. It is one of 3 internal martial art styles with the other two being Xing Yi Quan and Taiji Quan. Bagua Zhuang only uses palm techniques which is different from Xing Yi and Taiji which also use fist techniques.

Bagua was developed in the 19th Century and as such is a new martial arts style. History tells us the founders of Bagua used the best techniques from almost all the Chinese combat styles. You find the Shaolin Snake hand techniques, Xing Yi explosive footwork, Taijiquan throws and other martial styles. All the techniques are integrated with the format of circular walking.

The style was developed for the Imperial bodyguards in Beijing to fight gangs of thugs who were roaming the streets. It was designed for combat with many opponents. They would have to fight many opponents so the footwork and palms was designed to change direction rapidly. It isn’t possible that many opponents attack at the same time as they would only get in the way of each other so changing directly rapidly with rapid palm movements allowed the guards to fight them at a time with very evasive footwork that also moved behind the opponent to protect the practitioner.  Since the guards were protecting important government officials who were attending parties and functions they would have to wear formal robes so they would use small weapons that they could easily hide under the cloaks and sleeves. Bagua practitioners have been known to use any weapon while practicing the Bagua circular technique, even large weapons like the broad sword. 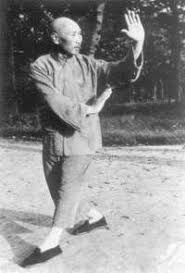 The movements of the circle follow the Daoist Ba Gua symbol from the Yi Jing (Book of Changes). The technique of circular walking has 3 objectives; confuse the opponent, tire the opponent, and absorb Qi from all directions. As a result Longtime practitioners of Bagua Zhuang become excellent fighters and also live long lives. Baguazhuang is also different from other martial arts because of its coiling and uncoiling movements. The practitioner can rapidly change directions to evade an opponent while using hands to distract the opponent from his kicks and throws. The hands are trained to penetrate flesh, grapple joints and disrupt the opponents flow of Qi.

The movements are smooth and coordinated with the whole body. You don’t use muscle power from any single part of the body. As with other martial arts the source of the power comes from the Dantien which is the lower abdomen two inches below the navel. This is where we store Qi and gives power to our movements.

Circular walking and palm techniques is the basic foundation

To begin the Bagua training the practitoner learns the circular walking and palm exchange techniques. This sets the basic foundation for all the other forms to follow which involves many palm and direction changes between circular walking. In the old days one would have to walk at least a year in the circles before even learning the most basic of palm forms and it would be years before the student would learn with weapons.

The walking technique is called mud sliding which is a fluid walking technique that is like sliding your foot on mud or clay. There are three parts to the walking. First there is stepping which is only in a forward direction, then there is ‘Toe In’ which is a pigeon toe stance where the lead foot stops the motion and then there is ‘Toe Out’ where the trailing foot changes direction. These three steps are used throughout the form and must be practiced repetitively to master them correction. Waibu means outer foot and Neibu means inner foot and are important terms to help the practitioner understand changes in direction.

While walking the lead hand is extended out from the body with the palm always facing the opponent. The index finger and the thumb form an L shape. Both palms should have a circular or concave shape. The other hand is close the body and the tips of the fingers are facing up towards the elbow of the other arm. The torso must be turned towards the center and the head is always facing the center while the feet are moving around the edge of the circle.

It takes 8 steps to walk around the circle which is also connected to the 8 trigrams of the I Jing.

The I Jing teaches us the constant natural cycles of nature and all of the universe. An obvious example would be the seasons. Spring represents new beginnings and also new ideas. This is when we plant the seed. Spring leads into summer which is when the idea comes to fruition and the plant begins to grow. Fall is harvest time and represents the maturation of the idea. Winter the land goes cold and represnets a time when we turn inward to reflect on ourselves and contemplate new ideas that will come again in the spring.