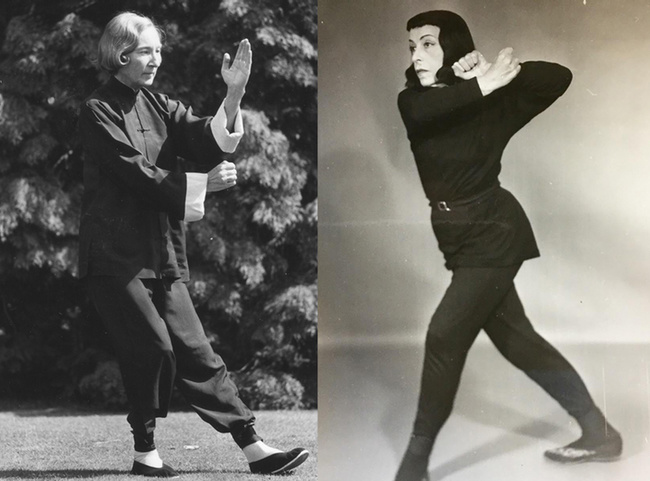 The Unsung Females That participated in the Globalization of Tai Chi

While the exact origins of Tai Chi are still up for question, most historians track it back to several centuries ago when Taoist monks in China came up with it as a way of fighting – a much-needed skill in those violent times. Over time, Tai Chi has evolved into a “soft” fighting style and most of its application today is found in health and recreation. The slow movements, breathing, and control of energy, that are the core of Tai Chi have made it one of the most accessible forms of martial arts in the world today with millions of practitioners around the globe of any age, gender, location or culture.

But exactly how did this ancient Chinese art become globally accepted?

Surprisingly, it wasn’t a Chinese martial art expert who took it upon himself to introduce an unknown art from a foreign country to the masses in America and Europe. It was actually two female dancers – Gerda Geddes from Norway and Sophia Delza from the US – who discovered the art largely by chance, embraced it and brought it back to their home countries.

Learning from the Best

Gerda Geddes, while traveling in Shanghai in 1949, came across an old Chinese man performing slow, meditative movements in an open field. As a formally trained modern dancer, she was instantly mesmerized by what she witnessed and knew right there that this was what she wanted to do for the rest of her life. Interestingly in the same year and the same city of Shanghai, Sophia Delza was also compelled to learn Tai Chi as part of her job as a dancer and choreographer. The two women had to overcome various language and cultural hurdles in a Communist China (which is still the case today in many places) but luckily, both of them got a chance to train under renowned tai chi masters of that time.

Teaching an Eastern Art to the West

Both Geddes and Delza made their way back to their respective countries to teach what they had learned. Delza found quick success by performing at the Museum of Modern Art in New York City. This was at a time when there were practically no public performances of any sort of Chinese Martial art at all. Delza got the opportunity to conduct regular tai chi classes at Carnegie Hall and the United Nations effectively making her a pioneer of tai chi in America. She also authored a first of its kind English language book on the Chinese Martial arts: T’ai-Chi Ch’uan: Body and Mind in Harmony, which in her own words was an effort to “to bring to the attention of Western people this ancient masterpiece of health exercise…which…is supremely suitable in these modern times.”

Geddes did not receive immediate attention but eventually her work was recognized by the London Contemporary School of Dance where her classes were incorporated into the freshmen curriculum. In careers that spanned four decades, both the women continued to teach tai chi as a way of better health and spirituality. Today, both of them live through their legacy of three generations of students who teach tai chi in all parts of the world and the ancient martial art is now a globally recognized method of improving strength, flexibility, balance and overall wellness.