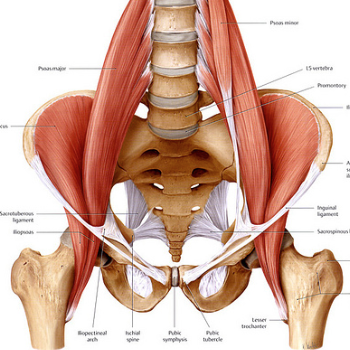 The Importance of the Hips on Posture

Psychology states that repressed unconscious emotions are stored in the hips and this  sabotages us in our conscious life.

In Chinese, this area of the inner hip crease is called the kua. On the inside of the leg where the body naturally folds. There is a kwa for each leg and they both meet at the perineum otherwise called the Huiyin in Chinese.

The hips and waist are completely different parts of the body. The relationship between the waist and the hips affects mobility (more on the waist in a later article).

The hip is a ball and socket joint which is good for rotations. This allows the legs to move separately and in relationship to the upper body movements.

In Tai Chi practice it is important to allow the kwa to settle in its socket, in other words to settle into the hip crease which is also called the hip root. When you achieve this natural alignment, the upper body can pass down its weight through the hips into the thighs which leaves it free to move without tension.

The hips don’t have any way of initiating movement. The hips are passive; they fold and stretch following the leg movement. Movement is never initiated from the hip but rather the hips are caused to move.

The hips help the body interpret the movements from the legs. They maintain the upper body stable during movement by passively rotating to accommodate the shift in weight. When there is too much tension in the hips, the upper body might lean forward or backward and cause an awkward posture.

The upper thigh, buttocks, groin, psoas, lower abdominal and lower back regions affect the hips. If they are tight then the hips lose flexibility.

Tension in the hips and the associated can cause chronic stiffness, limited mobility, pain in the knees and even shallow breathing.

It is important to remain relaxed during your practice so the muscles around the hips don’t tense up or it will restrict your mobility and stability during your practice. Many beginners struggle with balance and shifting weight at first until they can relax through the hips.

It is important to understand that if you hold tension in your hips while you practice that you might also be holding tension in the Kwa area when you are not practicing. We spend so much time sitting and we commonly hold repressed emotions in the hips.  Through your Tai Chi practice you can learn to relax the muscles around the Kwa which can ripple into your daily life and help correct your posture and keep you straight.

Often beginners when they start to practice Tai Chi, they develop pains in their body from the unconscious chronic tension they have been holding. They aren’t aware of the effects on their posture until they begin to practice. This brings a period of self-discovery to learn where you hold tension in your body.

When you settle the hips into their sockets and the upper body can relax the energy moves up to the waist which gives power to the upper body movement.

The root is in the feet,
It issues up through the legs,
is directed by the waist,
and expressed through the fingers.

In this way, the hips control stability, mobility and power all together.